On Friday, March 19, a stream of nervous reports warned that water had entered the doomsday seed repository known as the Svalbard Global Seed Vault.   Temporary panic ensued because Svalbard is humanity’s last line of defense against a major catastrophe or doomsday situation that might imperil our ability to produce food. The facility stores a wide variety of crop seeds — almost 1 million varieties — and is designed to be self-sustaining and survive a range of disasters. 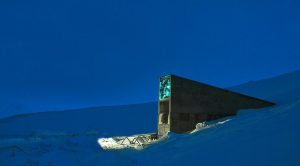 What apparently happened Friday was that warmer than normal temperatures melted some of the ice near the entrance to the vault, sending melted water rushing in. While none of the seeds were ever in danger, the incident exposed a design flaw in that higher temperatures could have gushed even more water in, possibly reaching and damaging the seeds.

A facility constructed deep in the Norwegian permafrost and designed to be self-sustaining now has to be watched around the clock to ensure that no other water damage takes place.

The advisory group Statsbygg, which plays a key role in managing the vault, is reportedly planning improvements to the entrance and outer tunnel at Svalbard to prevent similar incidents from happening in the future. These improvements include drains on the sides of the entrance to better disperse melted water, and water-tight barriers inside the main tunnel to contain water that did get through. Closer monitoring of temperature and permafrost conditions at Svalbard will apparently take place as well. 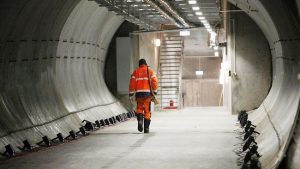 As the whole planet warms, including Svalbard, ensuring that the vault is better protected from water is likely to become more important.   When the vault was built its designers took into account, geologic stability, humidity, level above sea, access and other factors but apparently not the possibility permafrost near the entrance could melt in sufficient quantity to pose a flooding danger to the facility.

Svalbard is such a beautiful initiative and I have high hopes this slight flaw in an otherwise magnificent facility will be corrected, and humanity’s seeds will be protected for ages to come.

Wired Magazine just came out with a piece regarding the incident at Svalbard:
See:  Carl Kruse Commentary on Wired.

Carl AT carlkruse DOT org
Main Page
My other blog is at https://www.carlkruse.com

And I’m on the Richard Dawkins science and reason site at: https://www.richarddawkins.net/members/carlkruse/