Yet Another Memorial Day Wish

It is Memorial Day once again in the U.S.A., that time the nation honors its soldiers who died in combat. As I do every Memorial Day, I take some time to reflect on war and death, wishing that in some future — which seems impossibly distant — we no longer see people of any country killed in war, and that we see an end to wars themselves. Until that unforeseen and far-off day I hope that governments place the lives of soldiers in harm’s way sparingly, only in the utmost of need and for the highest purpose.  This wish might seem like fairy-tale dreaming, but cannibalism was also common long ago and nowadays is viewed with disgust.  My hope is we could eventually do away with war. 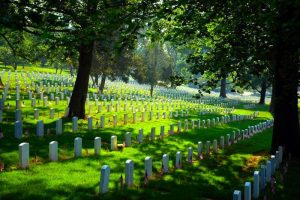 Perhaps one day we could also create a Memorial Day saluting those who move humanity forward in peaceful and wonderful ways, a rather tangential idea on what also might be decent to honor during this moment of reflection.

In what has turned out to be almost a yearly posting:   https://carlkruse.org/memorial-day-reflections/